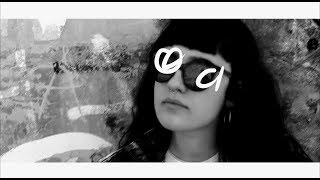 NEW SINGLE AND VIDEO FROM BILA

It originally featured on Bila's debut EP from 2015, but now, their song Do What I Want is being released as the local punk trio's latest single. One of the outstanding tracks on the notoriously-titled Liba EP, the new single is being released on 7'' vinyl on May 31, 2018 as a co-release between Vancouver imprint Kingfisher Bluez and Maltese label Kewn Records. The accompanying music video for Do What I Want was released out earlier this month and premiered on Canadian music
0 comments

Just under four months on from its international release in Venice via the Youth of Today record label, Bila's debut release is finally being launched in Malta. As colorfully titled as the band's name, the L**a EP will be given an official release here with a live performance from the raucous punk trio. The event, which takes place tonight at Funky Monkey in Gzira, comes just a few days on from the release of the music video for Wiċċek ma wiċċi, one of the stand-out tracks on
0 comments

Operating under the rather conspicuous name of Bila, one finds three Maltese musicians who do not really need any introduction, being that they’re pretty familiar faces on the local alternative music scene playing in their other bands. Rooted in punk rock, the idea to form this band came to Nick’s mind while he was on tour around Europe with notorious Maltese hiphop act Sempliċiment tat-Triq, and in next to no time he had roped in Caroline and Martha to start working on this
0 comments

They formed back in 2001, more as a novelty side-project running parallel to their imaginatively-named 3½ Inch Floppy band than anything else. Over the years however, Zatopeks became their main focus, and what started out as a joke, has taken Sebby Zatopek, Will DeNiro, Sammie the Giant, Pete Sematary and Spider on an exciting journey around their native Britain as well as to several other countries, the most recent being Malta when the band performs at the Rock The South 201
0 comments

MAY THE FOURS BE WITH YOU! ROCK THE SOUTH RETURNS

Four – that’s the magic number behind this year’s Rock the South festival! That’s four as in this will be the fourth edition of this annual gathering at Zion in Marsascala, which has this year been expanded to a four-day event (9-12 April) and will feature more than 44 acts, among them four foreign acts. The live acts will be performing alternately on two stages, further to which, for the first time since the festival was launched, there will also be a Silent Disco with Hedon
0 comments

What is heavier - a ton of feathers or a ton of stones? We’ve all come across this trick question at some point in our lives, but the probability is that not many have dwelt upon it long enough to produce an album. Local rock band For Strings Inn didn’t actually do that either, but what they did do is to take a different angle to the link between the feathers and the stones in question. In this regard then, they can be considered the rare exception, going beyond the original
0 comments

BATTLE OF THE NORTH TO ROCK THE SOUTH

Ahead of the fourth edition of the Rock The South festival, the organizers will be accepting submissions from upcoming bands interested in participating in a ‘battle of the bands’ to select a number of bands for the 2015 edition. “The fantastic response the festival received last year has encouraged us to aim for a bigger, better event”, said festival organizer Nick Morales. “The number of bands on the island just keeps growing and we’ve decided to stage a ‘battle’ in order t
0 comments

Theirs is possibly one of the best-coined names a Maltese band has ever come up with, even more so when coupled with the title of their 2007 debut EP, Just Rock. And yet despite the deep-rooted Maltese connotation behind the name, nosnow/noalps is one of the few local bands to have almost always featured a non-Maltese member within its ranks. On some level, this possibly also reflects the band’s pronounced inclination towards the international circuit, which it has toured sev
0 comments

Weekly radio show ROCKNA, which is broadcast every Friday on Radio 101, will be celebrating its 200th edition with a special show on June 20. Focusing entirely on the music scene in Malta, the show was first broadcast on July 9, 2010 and is hosted by Michael Bugeja. In the 4 years ROCKNA has been on air, it has featured interviews with over 200 different bands and artists, with a good number of them often also performing live unplugged sessions during the programme. A compila
0 comments

“Three young lads with a passion for music and having fun” would be a pretty correct summation of Cable 35 if you’re only looking for a quick-fire description of this energetic trio. Beyond the kicks and an ever-present sense of humour, however, they are three dedicated and focused musicians who are very much in control of what they’re doing and where they’re heading, as I find out when I sit in for an exclusive advance listening session of the album they’ll be launching this
0 comments