TUNED IN TO TURNING 20

"20 years ago, Nirvana and I joked about how old we would be during Teatru Unplugged 20". So reads the introduction in this year's concert programme from Jonathan Shaw who, along with the deeply-missed Nirvana Azzopardi had brought this unlikely idea to fruition two decades ago. They may only have been joking about there being a Teatru Unplugged 20 at the time, but here I am, putting pen to paper and jotting a few words precisely about the show's 20th anniversary edition. It
0 comments
Michael Bugeja

Ahead of the launch gig of their debut album Telegram, Michael Bugeja interviewed The Busker during the November 18, 2016 edition of ROCKNA. Click here to read more about the album launch. The album launch will take place at Sagrestia Vault at the Valletta Waterfront on Friday, December 2, 2016. Tickets can be bought from www.ticketline.com.mt.For more information visit the band’s official Facebook page. Telegram will also be available on Spotify, ITunes, while physical copie
0 comments
Michael Bugeja

THE BUSKER TO LAUNCH DEBUT ALBUM

Telegram is the title of the debut album from The Busker. Scheduled for release on Friday, December 2, 2016, the 15-track album features a mixture of folk, pop and Blues. Composed and produced by the band members themselves. the album, which was recorded at Sub Studios, is inspired by the sounds of the 1960s, its content delivering an effective vintage quality in both song-writing and overall vibe. Other than the core band members, Telegram also features long-time collaborato
0 comments
Michael Bugeja

ETNIKA BACK WITH NEW SINGLE

It had been a while since Etnika's last release - about eight years or so, in fact - but, further to a string of local and foreign gigs in the past couple of years that helped kickstart a new chapter in the band's journey, the Maltese world music act is finally back with a new single. Maddalena is a song about unrequited love, written by Carlo Satariano in 1931 as part of the first series of Maltese HMV gramophone discs recorded in Milan and published by Anthony D'Amato. The
0 comments
Michael Bugeja

CUSHION: THE COMFORT OF INDIAN FUSION

To anyone who remembers the local music scene in the 1980s, Toni Curmi will forever be the long-haired lad who delivered the heavy riffage in Passion Blade (later shortened to Blade). A few years back, on top of doing session work, he was also active as a member in rock band A Day Too Late but, as of 2010, his main focus has been as far from the rock spectrum as you could imagine. Forming Cushion, first as a duo but which has now grown into a band, Curmi immersed himself in I
0 comments
Michael Bugeja

The finalists of this year's L-Għanja tal-Poplu – Festival tal-Kanzunetta Maltija have been announced. The judging panel this year was made up of Adrian Mamo, David Azzopardi, Martina Caruana, Miriam Cassar, Noel D’Anastas and Vince Fabri. The festival, which this year is in its 40th edition, will take place over two nights in July at Pjazza Teatru Rjal in Valletta. On Thursday, July 7, the 18 songs listed below will compete to be among the 12 songs that will feature in the f
0 comments 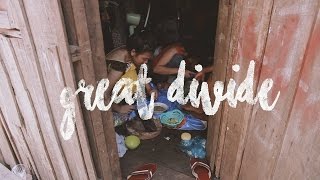 With core members Bettina and Philippa now living thousands of miles apart, it was perhaps to be expected that The New Victorians would pick the song Great Divide for their latest single. Produced by Howard Keith at Jagged House Studios, the single is lifted off the duo's critically-acclaimed Seeker Seeker debut album, which was officially launched by way of an amazing live concert the siblings gave at last year's edition of the Earth Garden Festival. Inspired by Bettina’s tr
0 comments
Michael Bugeja

Four years on (give or take a month or three) from the release of their much-lauded debut album Grandiloquence, Stalko are back with their sophomore offering, a magnificent musical excursion by the name of A Long Wave Goodbye. Apart from much praise from those who have had the privilege of an advance preview, this album unveils a different side to the band's organic folky accent; no longer in a hurry, this is an album that is best experienced in an intimate setting, a 'headph
0 comments
Michael Bugeja

STALKO'S NEW ALBUM: IN THEIR OWN WORDS

Ten new tracks, intimate, minimal to quite some extent and openly reflecting quite a different approach to that which fuelled Grandiloquence's lush organic warmth. A Long Wave Goodbye marks the return of Stalko, the band's sophomore release exploring a new sonic landscape where the shimmering melodies melt into the ether, pulling the listener further into its magnificently, fragile and melancholy world with each gentle note, each whispered word, each measured space. In this M
0 comments
Michael Bugeja

HEARTFELT FOLK FROM DOWN UNDER

Old Soul’s Eyes is the name of an album released digitally towards the end of 2014 by Walrus & The Carpenter, the Australian band formed the previous year by Maltese musician Matthew Engerer and Mat Akehurst. Having established a firm foothold on the music scene in their region thanks to their transcendent live shows, the band, also featuring multi-instrumentalist Maria Stratton and bass player Al Brooker, went on to play at the Mullum Music Festival and the Falls Music and
0 comments
Michael Bugeja

It's been a busy year for Maltese music, busier than 2014 if we have to go by the number of releases as a whole. There were certainly several standout offerings, and with at least 49 albums and 22 EPs released, not to mention a multitude of radio singles and/or music videos that was way too much for me to keep precise track of, everything points to a growing general interest and, dare I say it, belief in the local music scene. I still yearn to see this translate into more co
0 comments
Michael Bugeja

Toni Sant needs no introduction really; an academic, a radio, TV, online and overall media personality, and also the artistic director at Spazju Kreattiv. His regular Muzika Mod Iehor podcasts provide a consistent reminder of just how much is going on in the Maltese music scene and, talking of Toni's poddati, don't forget to log on to tonisant.com to vote for your own favourite picks of 2015 in the MMI Listeners' Picks poll. In the meantime, here are his top 5 favourites whic
0 comments
Michael Bugeja

There’s a particularly alluring quality to the songs that Ruth Abela has been writing under the guise of TroffaHamra. They’re brittle, nimble and infectious all at the same time, most likely the collective result of her intrinsic Maltese roots and Barcelona’s all-encompassing vibrant ether. One mustn’t however forget her simple delivery either, a personal touch that lends a strong flavour of authenticity to the songs. With two albums released to date, TroffaHamra is currently
0 comments
Michael Bugeja

With rehearsals now in full swing and the band fully focused on its upcoming live performances at Teatru Manoel in Valletta later this month, there's very little chance of the second part of our Brikkuni scrapbook feature surfacing before the concerts actually take place. Instead, we've decided to share with you this recording of Mario Vella's interview during a recent edition of ROCKNA on Radio 101 so you can get a better picture of what's cooking chez Brikkuni. Click here t
0 comments
Michael Bugeja

FROM THE BRIKKUNI SCRAPBOOK (PART 1)

It's been a while since Malta's notorious Brikkuni have performed live. In fact it's been a while since we've heard anything from the band at all, other than the recent posts that they will be giving not one, but two live performances at the prestigious Manoel Theatre at the end of October. Eagerly anticipated for various reasons, among them the fact that Brikkuni, together with pianist and composer Veronique Vella will be joined onstage by a 15-piece orchestra and the equal
0 comments
Michael Bugeja

THE SOUNDS OF NEIL HALSTEAD

I first heard of Neil Halstead back in the 1990s when he was in Slowdive, at the time when 'shoegazing' was the new fad. Inevitably Slowdive, whose music had more than a hint of the genre's defining wall-of-sound and effects-strewn textures (which my friends and I were totally taken by) found themselves part of this new movement, for better or worse. That the band and its collected works continue to be referenced by most latter-day 'dreampop' (as shoegazing came to be known
0 comments
Michael Bugeja

* Etnika started off as a research project in 1999. * Frans Baldacchino 'Il-Budaj' wrote some of the lyrics for Etnika. * The band has played in more than 15 different countries, its first foreign concert being in Gibraltar in September 2002. * Etnika performed at the world-famous Montreux Jazz Festival in 2004. * The term Etnikafe' was conceived as a fusion of Maltese folk, jazz and flamenco, the 'fe' coming from the Spanish word for conviction or faith. * The first Etnikafe
0 comments
Michael Bugeja

'They came, they saw, they conquered' is probably the best way to sum up last year's Malta visit by Australian band Caravana Sun. Their performances at Earth Garden were not only energized but also truly captivating. Proof of this is the incredible vibe the band whipped up with its spirited performances and infectious songs. It is an effective combination that they've practically perfected thanks to their constantly busy schedule of live performances back home in Australia as
0 comments
Michael Bugeja