It may sound dodgy by name but there's nothing to put down about Sickfest. One of the leading alternative music festivals on the island, the event is back with another incredible blend of indie, metal and electronic acts that will involve 6 live bands and 28 DJs. It will all be taking place on Saturday, September 1 at Tigullio in Spinola Bay, St Julians. The festival will have 5 areas, details as follows: LIVE STAGE hosted by Sick of Ants - Golden Apes (🇩🇪) - Align The Ti
0 comments

The latest in the Rock 'N Malta series of concerts that brought us amazing performances from the likes of Krokus, The Hives and Procol Harum continues with this Friday's concert featuring Italian Gothic Metal band Lacuna Coil. Formed in Milan back in 1994, Lacuna Coil are inspired by a combination of Gothic imagery and metal music, their melodies brought to the fore thanks to an effective two-pronged vocal front. To date the band, which had at one point been nominated for an
0 comments

SACRILEGE: RISING FROM THE ASHES

Formed in the mid-1980's, UK metal band Sacrilege's story is curious and inspiring. They rose to prominence as part of the New Wave of British Heavy Metal, only to disband just five years later. In 2012 the band was resurrected, albeit with a different line-up, and has, over the past five years, risen from its ashes to become a force to be reckoned with once again. Michael Bugeja spoke to Sacrilege's founding member Bill Beadle ahead of the band's performance at this year's M
0 comments

They're Gozitan, they're metal and they rock...very hard! Ascendor has, in the space of the seven or so years since the band was formed, established itself among the leading thrash metal acts on the local scene. Up until yesterday, their catalogue consisted of two albums, 2013's Becoming and 2015's Drive My Demons Away; both records brimming with pummeling riffage that reflected their thrash roots as much as it did a number of other influences, among them progressive and deat
0 comments

Formed in 2004, albeit with a different formation to the current line-up, Thy Legion have successfully evolved into one of the prime movers of the Maltese metal scene. With two acclaimed albums under their belt, the band is about to release its third album; a record with a wider perspective in terms of both inspiration and direction. One day short of of the concert launch of new album World Stigmata, here's the interview with Michael Bugeja as featured on Radio 101's weekly
0 comments

The Malta Dio Disciples will be staging the second edition of the Tribute Concert to Ronnie James Dio on Saturday, November 26, 2016 at Razzett L-Ahmar in Mosta. The group came together in April of 2012, the brainchild of guitarist Owen Grech. The idea was to create a tribute to the late Ronnie James Dio (July 10, 1942 - May 16, 2010), and raise money for the Malta Hospice Movement in one rock n' rolling mega-gig! The project united an array of Maltese singers and musicians
0 comments

Click below to listen to the interview Teatru Unplugged is one of Malta’s longest standing annual events having had their first edition in 1998. This unique concert combining 5 short, yet diverse acts from difference musical genres is a popular mainstay in the Teatru Manoel's calendar of events. Co-founded by Jonathan Shaw and Nirvana Azzopardi, this event retained the same formula throughout the years but varies in content by having different artists take to the stage. The f
0 comments

It's been a while in the making, but it is finally here. Angelcrypt's latest album. We Are The Dead , was released locally at the end of October, while its international release will take place this Saturday; the occasion marked by the band's appearance at the lauded Full Metal Mensa festival in Gottingen, Germany. Prior to flying out to Germany, where they will be playing on the same bill as Collapse Instinct, Saxnot, Mortal Terror, Elvenpath and Grave, the band was intervie
0 comments

Emerging towards the start of the second wave of Maltese heavy metal well over two decades ago, Forsaken are by far one of the most important bands the local music scene has ever produced and certainly one of the most successful Maltese musical exports ever. Michael Bugeja catches up with bassist Albert Bell, vocalist Leo Stivala, drummer Simeon Gatt and guitarist Sean Vukovic for a chat about the journey so far, ahead of the band's 25th Anniversary concert at Chateau Buskett
0 comments

Malta's own Doom metal legends Forsaken were Mike Bugeja's special guests on this extraordinary edition of the Fuzzbox Monday night radio show, wherein they spoke about their past, present and future. Music, messages and laughs included! Forsaken will be celebrating their 25th Anniversary with a special concert on November 12, 2016. Click here for more information about the anniversary concert. Click to read more about Forsaken here. #radio101 #fuzzbox #doom #metal #radiointe
0 comments

FORSAKEN'S 25 YEARS OF DOOM: A CELEBRATION

They may not get played enough on local mainstream radio stations, but Forsaken are, without a doubt, one of the pillars of the Maltese music scene, the metal scene in particular. Not only has this band evolved and grown into one of the top bands this island has ever produced, this Doom Metal act is also a force to be reckoned with on the international front. The band will be celebrating its 25th Anniversary with a special concert on November 12 (details in the poster above),
0 comments
Press Release

EIGHTH EDITION OF MDM COMING UP

Established in 2009, the Malta Doom Metal festival (MDM) returns on October 21 and 22, 2016 at Chateaux Buskett, Rabat, Malta for its eighth edition. The festival has grown from strength to strength since its first edition, which was headlined by Italian legends Dark Quarterer, and is now a regular annual appointment for doom and old school metal acolytes in Malta and beyond. Ever since the festival’s inception, the MDM team have demonstrated an unflinching commitment to hos
0 comments

GET READY FOR VOICES OF THE SUCCUBI

suc·cu·bus (noun: succubus; plural noun: succubi) 1. a female demon believed to have sexual intercourse with sleeping men That's the official definition a quick flick through the dictionary yields, but never mind all that. The only reason we've slipped it into this post is of course because later this week, on Saturday, September 17 to be precise, the first edition of the Voices of the Succubi festival will take place at Razzett L-Ahmar in Mosta. Organized and hosted by Malte
0 comments

This coming Friday, Rejects will be hosting, Rejects Asylum, the latest live event from this organization as it steadily establishes itself as one of the leading promoters of the underground scene in Malta. The Rejects team was interviewed by Michael Bugeja on the August 12 edition of the weekly radio show on Radio 101. rejects.com.mt #live #concert #metal #alternative #radiointerview #rockna
0 comments
Press Release

We're sure you know about it already, but just in case you haven't heard yet, we just wanted to remind you that the X-Treme Metal Assault festival is coming up very soon. The annual one-day outdoor event will be offering yet another bumper metal line-up and yes, it'll all be happening at the Old Prison in Corradino, by now familiar surroundings for allregular XMA festival-goers. Doors open at 4.30pm with the first band taking the stage at 5.05pm sharp. In all there will be 15
0 comments

ROCKNA, Michael Bugeja's weekly radio show on Radio 101 will be celebrating its 6th Anniversary with a live concert that will be held on Friday, July 8 at Dar Ċentrali in Pieta'. The concert will feature performances from newcomers Decline The Fall, whose recent live debut performance received rave reviews, Falcon’s Flying Circus, one of Malta’s top Blues rock acts and Airport Impressions, who are without a doubt one of the island's leading rock bands. All three bands are kno
0 comments

It's not that unusual these days to hear of a Maltese artist moving abroad in the hope of pursuing a career overseas. In the 1970s and 1980s however, when the local music scene was very different to what it is now, things were different, opportunities less available, and the risks higher too. Bassist Gino Micallef and vocalist Joe Mizzi were among those who took the big step into the unknown back in the day, their overseas experience culminating in a fruitful experience as pa
0 comments 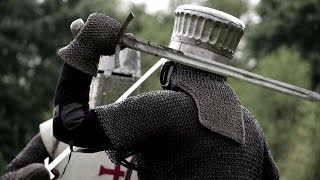 He is, without a doubt one of the leading pillars of the Maltese metal scene, a veteran musician whose musical journey took a new turn when, in 2014, he unveiled his solo project. Essentially influenced by a good number of the metal bands he grew up listening to, Albert Bell's Sacro Sanctus is rather unique in the way it brings together its diverse components; an amalgam of old school epic doom and blackened metal, and if that sounds heavy, rest assured that it is. Released l
0 comments

Last year's Rock The South flaunted all the fours with its '44 acts over four days' fourth edition. This year's fifth anniversary edition, which is endorsed by the Valletta 2018 Foundation, will see the festival go back to a three-day format, but it will still, however, offer a line-up of more than 40 acts. Kicking off on Friday April 15, once again at ZION Restaurant & Reggae Bar in Marsacala, the festival's three days will be jam-packed with with live music from an explosi
0 comments

This weekend, Friday March 18 and Saturday 19, the second edition of the Metal Over Malta festivsal will be held at Chateau Buskett. Now expanded to a two-night event and once again hosted by Weeping Silence, the festival will this year feature no fewer than 11 bands, among them 7 foreign acts. A festival pre-party will be held on Thursday, March 17 at Black Gold Pub, Sliema (free entrance). The participating bands at Metal Over Malta II are Septic Flesh, The Foreshadowing, W
0 comments
1
23